London A to G on BBC Radio 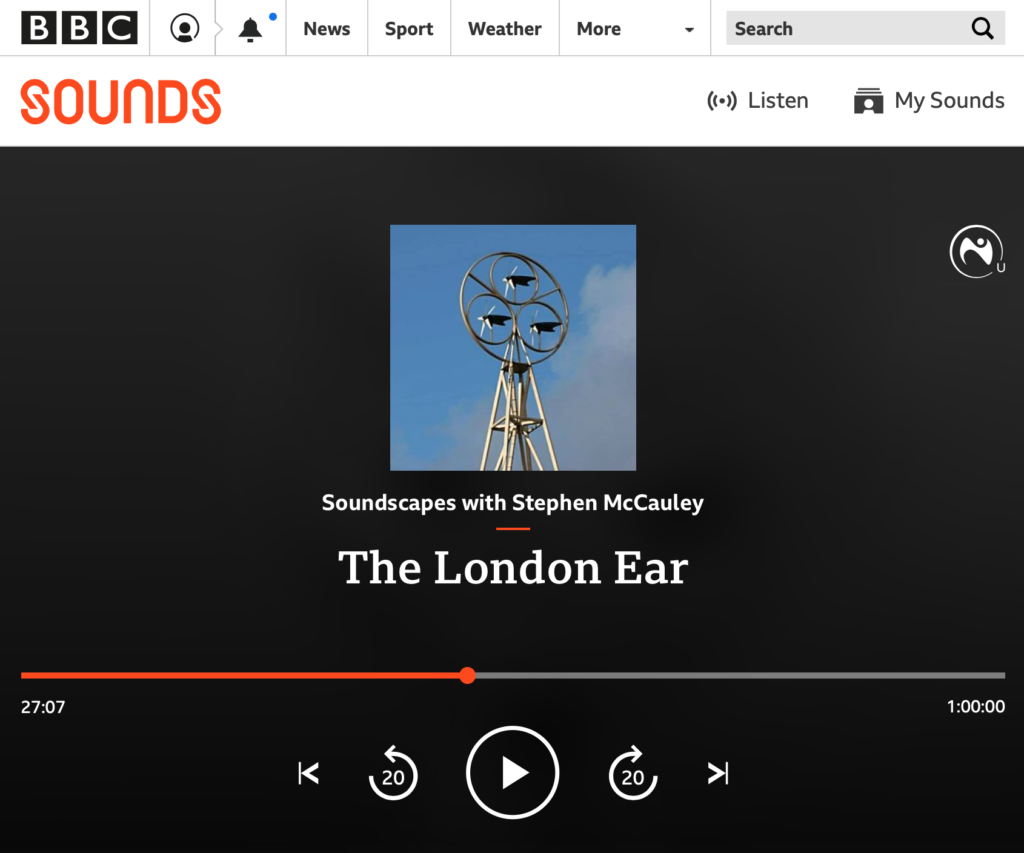 I was thrilled that London A to G was the featured soundscape in this week’s Soundscapes show on BBC Radio Ulster.

If you don’t know the show it’s well worth checking out. It’s an eclectic mix of great music that you probably never heard before, along with a weekly featured soundscape. This week that was London A to G, the audio piece I produced based on recordings ranging from tube trains to barking dogs, arranged in order of pitch from A up to G. It’s inspired by the listening walk I lead for Dotmaker Tours called The London Ear. The piece comes on after 26 minutes and segues beautifully into Black Mesa by Biosphere. The episode also features tracks by Hot Chip, William Onyeabor, Quantic and others. It’s available to listen to on BBC Sounds until 26 July.