What is it about Desert Island Discs?

A recent Radio Times article declared Desert Island Discs the greatest radio show of all time. Such was the verdict of a panel of industry experts including the Today programme’s Justin Webb and 6 Music’s Cerys Matthews. Of their 30 top-ranked shows, it was also one of the longest running (going since 1942), second only to The Shipping Forecast (which began in 1911).

So what explains the show’s popularity and longevity? Its’ producer Cathy Drysdale put it down to the “absolutely genius format [that] makes sure that each programme gets to the heart of people – what moves them and motivates them, what inspires them and enthuses them, who and what they care about. Those are all such incredibly human things that are applicable to absolutely everybody listening.”

The format is of course structured around music: the eight records that each person chooses to take with them to a desert island, which form the soundtrack to their lives, and give a window into their values and joys.

But it’s not just the music. For me, the programme is as much about the space that the presenters give to their castaways to tell their stories, and the kindness they show when talking to them about their struggles and vulnerabilities.

We take inspiration from the show when producing our Spoken Portraits. We don’t generally structure things around music. But, as in Desert Island Discs, the aim of our interviews is to create a space where people can talk freely about their lives, knowing we will respond with interest, humour and sensitivity. And our goal when editing the material is to give the listener an intimate connection with the subject and what makes them tick.

London A to G

‘London A to G’ is a 4 minute audio piece based on sounds I recorded around London in January and February 2019, arranged in order of their pitch, from A up to G. If you have a musical ear, you’ll notice the gradual shifts up a note. If not, it doesn’t matter. The piece is really about the resulting journey through London’s soundscape.

I decided to produce this because of my experience over the years leading The London Ear, a sound-themed walk for Dotmaker Tours. I’ve been particularly intrigued by the observation of the acoustician Dr William Braid White in 1931 that each city has a different ‘ground tone’: the sound you hear when you go up to the top of the highest building, that emerges like a drone note beneath the jumble of street sounds bubbling up. He commented that at that time London had a ‘heavy hum’ closest to the lowest C because it was ‘a city of low buildings, wood paving blocks, moist atmosphere’ and a law abiding population ‘not prone to excessive displays of excitement’. It set me wondering, does London have a ground tone today? And if so, has it changed from a low C?

What I’ve noticed is that, rather than there being a single constant frequency, a journey through London takes you through lots of local ground tones: the mechanically generated hums and rattles coming from air conditioning vents, construction works, pile drivers, bus engines and tube trains. I’ve included a few in London A to G, and they are all at different pitches. For example, the air vents here that cluster around C, C sharp and D and the Bakerloo line that (in this clip) veers between A and A flat.

Then there are the other intermittent musical sounds around you, again all going off at different frequencies. This is chance music, John Cage style. By editing some of them together, I found lovely coincidences like the dog barking at D that sounds much like the screech of skateboards in the Southbank Undercroft; and the Petticoat Lane market trader whose “serving you cheap” cry rhymes with the quarter bells of St Lawrence Jewry.

Some of the sounds presented have been carefully tuned, like transport beeps, sirens and church bells which begs the question, how were the different pitches and keys chosen? I’d love to speak to the person at TfL responsible for decisions about which sounds to incorporate in the system, if indeed such a person exists.

This, of course, raises a bigger issue of the design of London’s soundscape. How much of what we hear is thought through, and how much is just sonic waste? The father of soundscape studies, R Murray Schafer, warned in 1977 against creating a ‘sound sewer’, something that ‘is much more likely to result when a society trades its ears for its eyes, and … is certain to result when this is accompanied by an impassioned devotion to machines.’[1] By bringing into some sort of order the seemingly random collection of pitches that surround us in London, there’s an interesting conversation to be had about whether and how we might retune the city.

[1] The Soundscape: Our Sonic Environment and the Tuning of the World, By R Murray Schafer, 1977. Quote from Chapter 17, The Acoustic Designer. 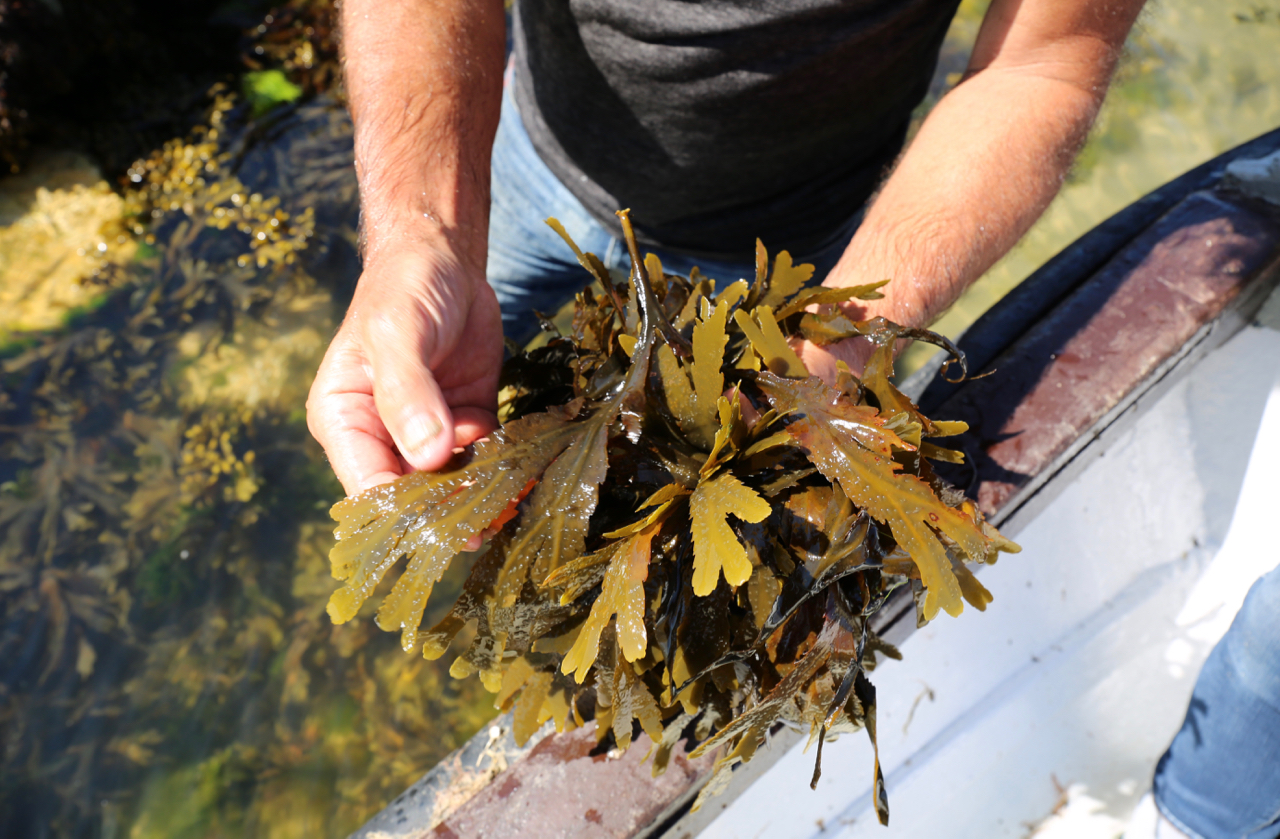 We spent a glorious morning in Poole Harbour last week, foraging for seaweed with fisherman Pete Miles. The trip was for one of the \’Meet the Maker\’ podcasts that we\’re producing for LUSH cosmetics who use the weed in their face masks. Fascinating to find out all about \’toothed wrack\’ (pictured) against a rich sonic background of Brownsea Island sandwich terns, splashing water, engine noises and seagulls.

Podcast for LUSH: Portrait of a Master Paper Maker 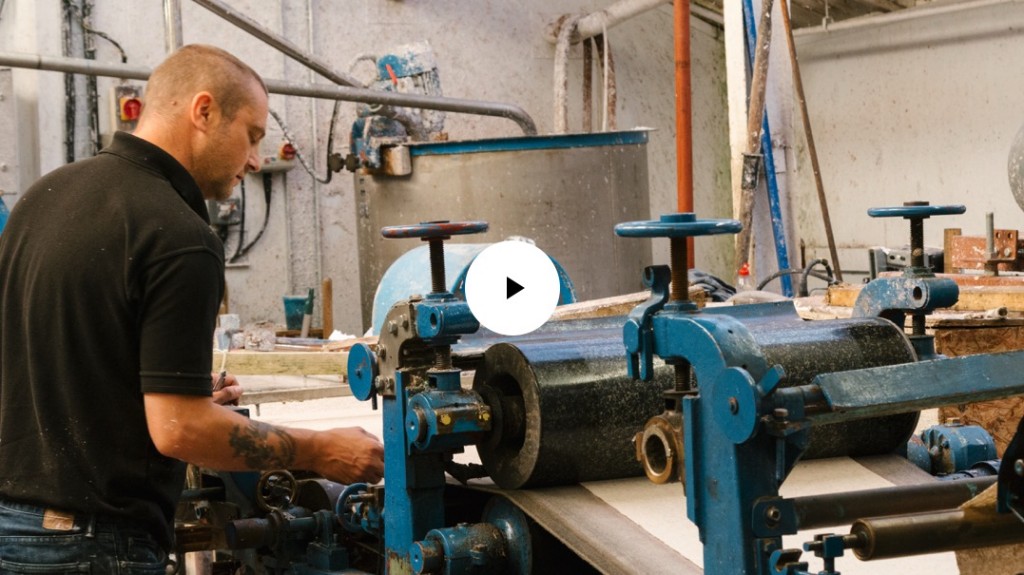 This is the first in a series of ‘Meet the Maker’ podcasts that we are producing for LUSH cosmetics, in collaboration with Cathy Haynes. The aim is to give a sensory rich insight into the craft of making.

Here, we follow Master Paper Maker Gary Fuller at Frogmore Mill, Apsley as he produces a new kind of packaging paper using banana fibre. When the machines were rolling the Mill was incredibly noisy! The challenge for us was both to capture Gary’s voice as cleanly as possibly, and to record and mix in the mechanical sounds so as to give the listener the feeling of being inside the Mill as the paper was being made.

The podcast is available to listen to on the LUSH player.

Listening to paper being made 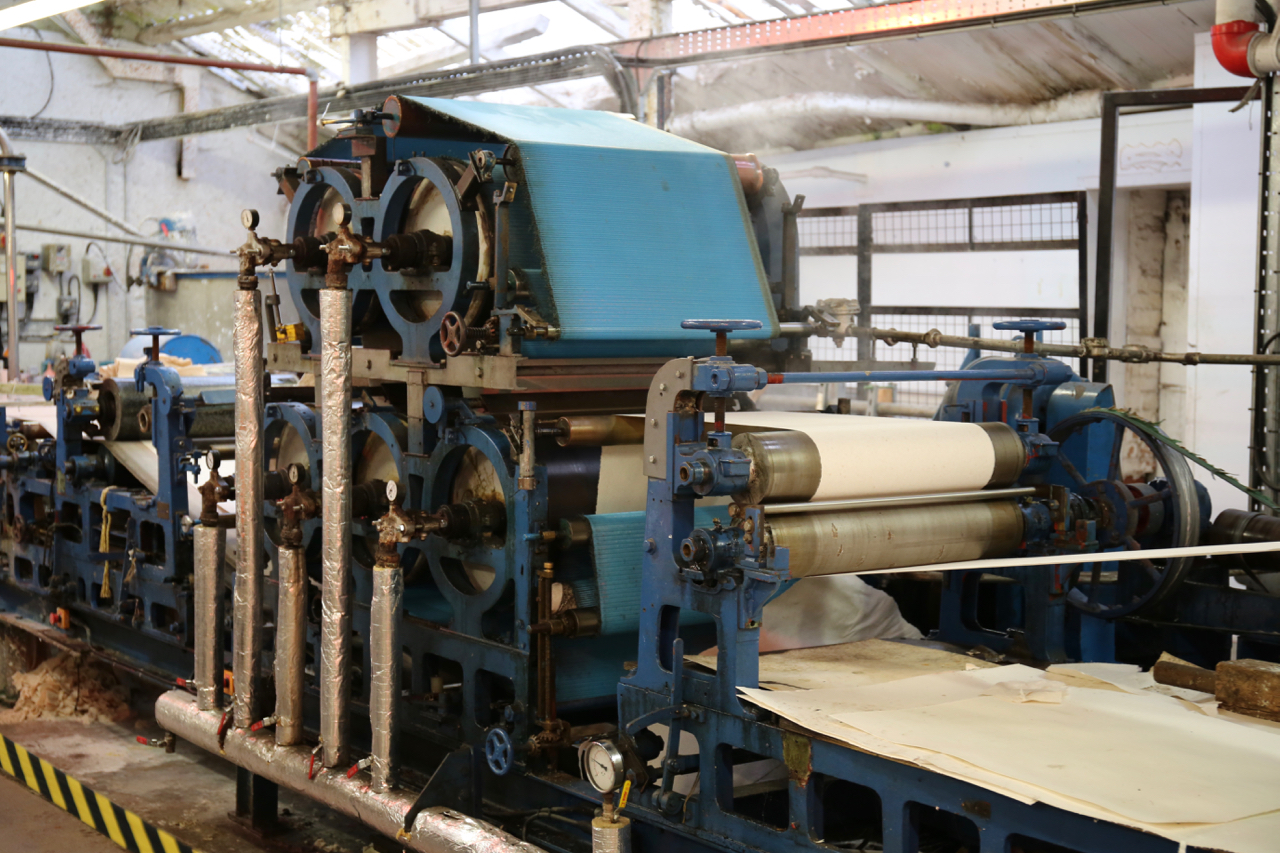 A fascinating day last week listening to the hums, ticks and whistles of a 100 year old paper-making machine at Frogmore Mill, Apsley. We were there to interview master paper maker Gary Fuller as he produced a special ream of packaging paper from banana fibre. It\’s for the first in a series of \’Meet the Maker\’ podcasts that we are producing for LUSH cosmetics, about their suppliers.

To Skye to talk about a life well-travelled 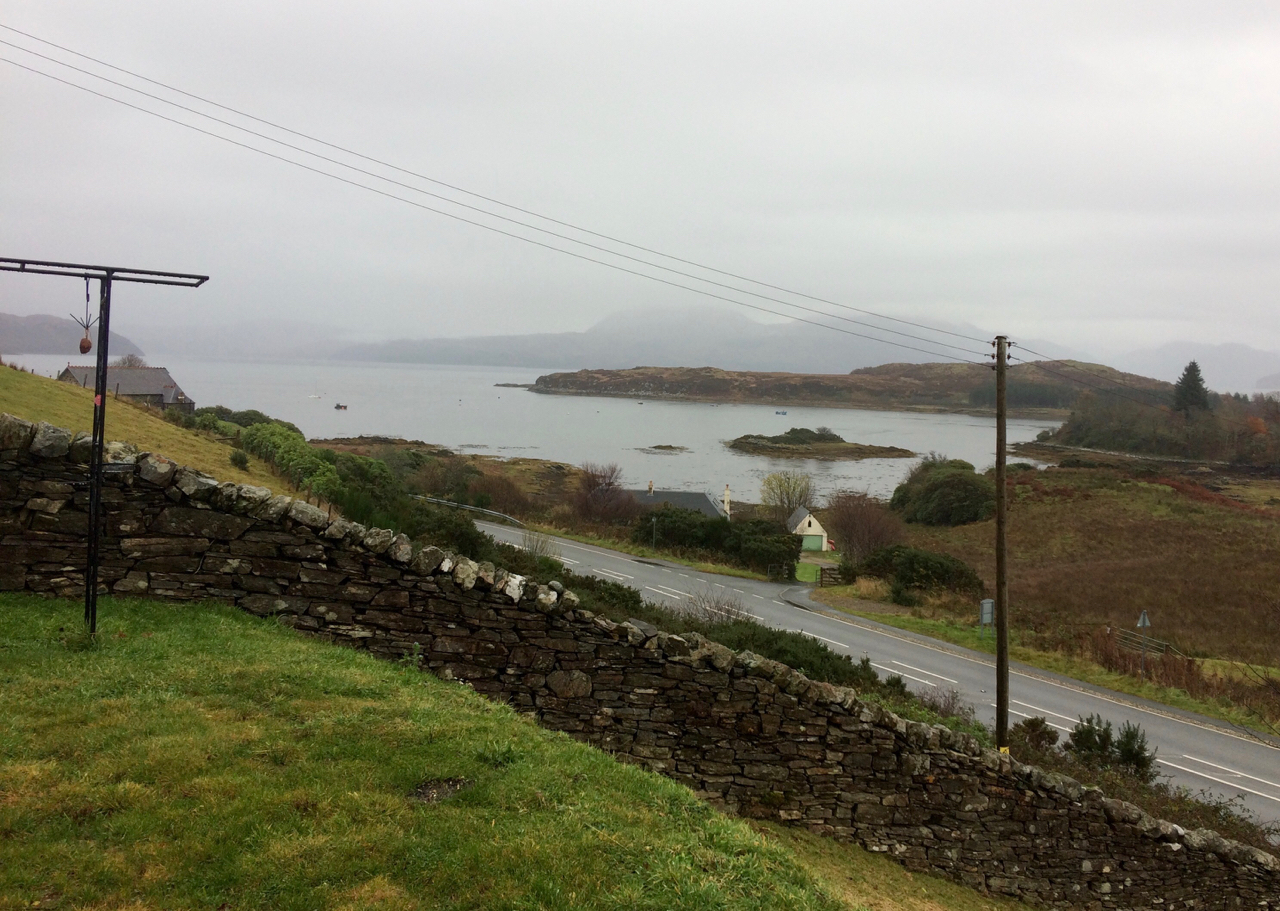 On a clear day, this view from Skye to the mainland would be majestic. No matter the rain, we were there to talk and listen. We were interviewing for a spoken portrait about an extraordinary life lived across continents and through war and civil strife. A profoundly moving, meaningful and rewarding project to work on. 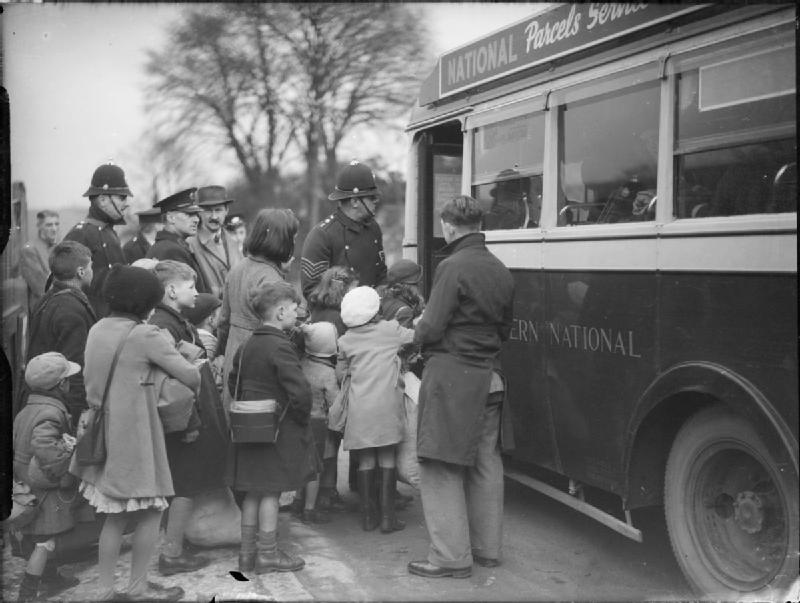 It was so uplifting to hear about a happy wartime evacuation while interviewing for a 90th birthday spoken portrait. Two sisters with wonderful memories of seeing the Lakes for the first time, of croquet on the law, and loving hosts reading bedtime stories and helping with piano practice. Life-long friendships forged in just a few months.

This is one in a series of ten podcasts that we produced about a newly commissioned children’s opera by composer Kate Whitley and writer Sabrina Mahfouz. The podcasts follow the production of the opera Paws & Padlocks, from writing and fundraising through to rehearsals and the final performance. You can listen to all ten podcasts in the series on Soundcloud. 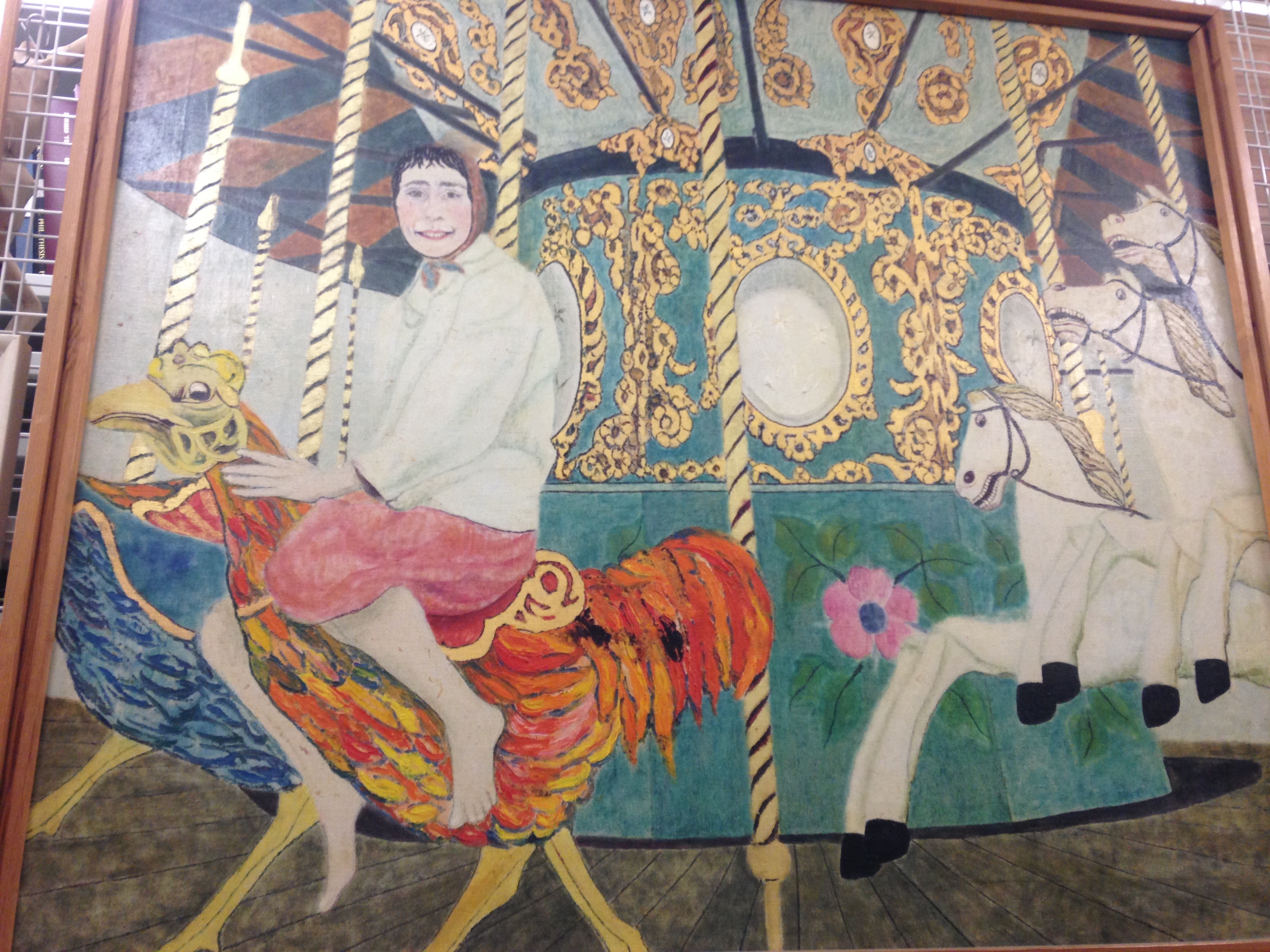 The recorded interview will be added to their audio-visual archive.

This is one of a series of ten talking heads videos that we filmed for a residential property developer in the north west. They wanted videos for their website that would introduce potential buyers to the local area and its traders. We interviewed people from key local businesses and schools at their place of work.  We also interviewed the architect and landscape architect about the housing design. The final edit and graphics were added by the developer’s web designer, IMOSO

You’ll find the full suite of interviews with traders here, and with designers here.